Posted on February 1, 2019 by aftercarrie

I don’t know about you but by the end of 2018 I felt completely done in. It got to the point where it seemed like only the onset of a new year would renew the energy. It didn’t quite work like that but I do believe a change is as good as a rest and January was at least a change of pace – I have thrown out some old bras and shoes, forked out a fortune on niggly things to do with my car and agreed stone cold sober to go on a camping weekend – run of the mill perhaps but all things absolutely inconceivable in December.

December can be fun but it’s exhausting and so I quite enjoy the look back over the past year. It’s comforting to see how much has gone on in the previous twelve months, somehow justifies the lack of energy, even if none of it had anything remotely to do with me. The news in general was fairly depressing all year so we’ll stick to just fashion shall we? In the interests of sustainability, I’m wondering about which fashion moments  and ideas from 2018 are reuseable enough to be carried over to this year. 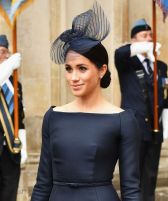 Who doesn’t love a wedding? The first of the two royal weddings came at a time when we most needed it. It was like something out of a Richard Curtis film – American bride, sunny day in the country and Robbie Williams in attendance – it was heaven sent. And then from somewhere up there Victoria Wood had a hand and threw in some trouble making relatives and a caricature preacher. And I’d thought I was watching to see the dress. Nobody expected the Givenchy, some (me) preferred the evening do’s  Stella McCartney but whichever your leaning, it was the start of a thing. I could have done with a bit more Megan doll before the maternity wear kicked in but either way, it’s a great show. The boat neckline will definitely be with us in 2019. 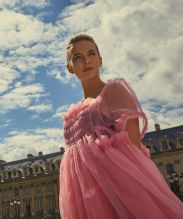 If Grey’s Anatomy didn’t make a Sandra Oh fan of you, then Killing Eve will have. Full of spectacular leading ladies accompanied by the enigmatic Danish actor Kim Bodnia (if it was bugging you, you saw him in The Bridge) it was horribly violent, slightly slapstick and “yeah, we’ve got this” in a non-threatening feminist way. And yet… and yet, what was the real star of the show? Well it was the pink frou frou Molly Goddard babydoll dress, so ridiculously over the top and impractical it seemed perfectly reasonable for a multi-lingual serial killer to be wearing it in Paris. If anyone actually wore a dress like that on the streets of Paris, a local would have a heart attack within minutes. And have you noticed how already the pink frothy frocks are appearing on the red carpet this season? Needless to say I’m in love. 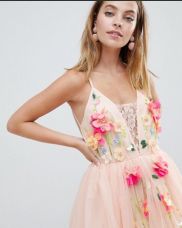 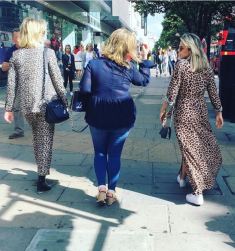 Spotted (in more ways than one) on Oxford Street

The lengthy summer hadn’t even petered out when it became clear that far from being what fashion editors refer to as “a neutral” (did anyone ever really buy that?), leopard print had in fact gone completely the other way. It had become the Burberry check overnight – without the help of Daniella Westbrook. It became the wardrobe malfunction waiting to happen as everyone bought head to toe leopard print and then went out in it thinking they were somehow the only person to catch onto this thing. All I can say is, if Theresa May wearing leopard print didn’t put you off, nothing will. Having said that, I am still wearing my Dolce and Gabbana leopard print heels and my River Island belt. If you take one thing with you after this blog, let it be this: Everything In Moderation.

Return of the Spice

The way they were – the Spice Girls

Never for a minute did we think that Victoria Beckham would rejoin the Spice Girls so we didn’t really pay much attention to talk of a reunion tour. But then pictures emerged of the other four reconvening at Geri Halliwell’s house and all of a sudden it was back on. And didn’t they look good? I’m all for it as the Spices are around my age and I want to think  a) they look really young  and  b) it’s not inconceivable that they could get away with prancing about onstage in union flag dresses and sequin catsuits. While most of us comfortably in our forties are forging second or even third careers, this lot are going back to the first one. Imagine! They don’t even appear to have changed their outfits much. The thought! I personally won’t be wearing those massive trainers this year but I’m all for everyone else doing it. They are very much back whether it’s thanks to the Spice Girls or not. One word of advice though, if your feet are over a size 6/39, probably best not. 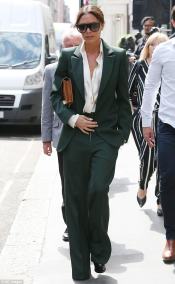 Victoria Beckham doing all trousers and no mouth

Meanwhile over at Beckham HQ, there was news of DB cash injections into the VB fashion line, an imminent divorce announcement and a Beckham Vogue cover without the founder member. Whatevs. I was far more interested in Victoria’s style about turn – could it be true – she of the plunge necklines and hooker shoes was now doing louche androgynous trouser suits? Not since Madonna took to the stage at Wembley in 1990 (I was there and so was my now boyfriend whatever he might tell you) in her pinstripe trouser suit and conical bra, had a trouser suit looked so tempting. This is so going to be my thing in 2019 I thought. I won’t be borrowing my dad’s old work suit to wear to anyone’s 21st this time around (more’s the pity on both fronts) but I will be wearing one. 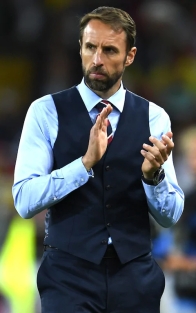 There are no words. But I’m going to put some down nevertheless. I’ve carried Gareth Southgate dressed in that awful grey England kit and his ill fated penalty somewhere in my heart since 1996 so while I was pleased when he took over as England manager, I was also worried for him, it is after all the most thankless job in the UK in recent history. And then the waistcoat happened; he looked hot, he looked cool, he looked in control and then somehow while we were all ogling Gareth and his impossibly lean navy clad torso, the England team reached the semi finals. It was a magic waistcoat and I miss it. Don’t ever change Gareth.