For Your Eyes Only

Posted on November 7, 2015 by aftercarrie

I don’t remember a thing about the bond film For Your Eyes Only other than Sheena Easton sang the title tune and I was massively into her at the time. Actually, if I think about it I couldn’t really distinguish any Bond film from another other than knowing that Live and Let Die had Jane Seymour in it and she was kinda different as Bond girls go. 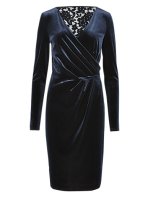 We’re in the midst of Bond fever courtesy of the release of Spectre and Daniel Craig being everywhere doing his pouty thing – is that a joke by the way because he looks like he’s doing a selfie trout pout thing and isn’t that a bit daft? Anyway, to be clear, I haven’t yet seen the film, am not a Bond expert and have decided not to give this blog a punning title as “nobody apart from you finds punning titles funny” according to the boyfriend. (Actually, my sister finds puns funny too, so there.) So while it’s tempting to agonise over something more original than ‘Premium Bond’ or ‘Double Ohhh Seven’, this week sadly I don’t have the time as I’ve been distracted by several looming deadlines and the stupid ex landlord suggesting that “a light wipe over with a cloth” is tantamount to £700 worth of damage.

It’s always intriguing to see who is picked to be a Bond girl isn’t it? Whether it be the latest Oscar winner, the wife of a Beatle or a genuinely scary pop star, it is bound to be someone current and at the top of their game with everything to lose. Going back to Jane Seymour, she actually did alright after playing Solitaire didn’t she? She was Dr. Quinn Medicine Woman for an eternity – has anyone heard of Maryam D’Abo since she was in a Bond film? No, thought not.

Grace Jones as May Day 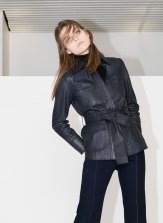 If you want to be a Bond girl you must be blessed with an incredible body, this much we know, and it helps to have an ambiguous accent and a slightly mysterious, sultry look. Bond girls aren’t bubbly or like Baby Spice; Bond girls are hard to get and rather aloof by virtue of looking seriously good in skin tight clothes that still enable the wearer to perform gymnastics (bedroom or otherwise). You can be blonde to be a Bond girl (see Kim Basinger and Honor Blackman) but in that case you’d better be either slightly school ma’am-ish or well, you know, Kim Basinger. Who, by the way, is the only Bond Girl to win an Oscar after being a Bond girl. I’m guessing that fact, but I’m pretty sure it’s true.

Over the knee boots £180 at Kurt Geiger

Anyway, I love a Bond girl, even if I’m not overly bothered by the films because they are just so cartoonish as female characters go – usually a Daphne from Scooby Doo / Jessica Rabbit hybrid. But by giving them tongue in cheek, overtly sexual monikers, the Bond franchise gets away with not being terribly 2015 in terms of feminism and all that.

We can’t really complain, they are trying; we’ve had a female ‘M’ in the form of Dame Judi Dench (although they killed her off) and that’s pretty progressive as the Bond franchise goes. You know what would be really impressively modern and cutting edge? A Bond girl who looks really crap and uncomfortable in a bikini. Go on, Broccoli lot, I dare you…