Put Your Neck on the Line

Posted on September 3, 2014 by aftercarrie

I’ve got a thing about necklines. It’s a relatively new obsession which peaked when I trained as a stylist. As a teenager I had a thing about my bottom and shopped for it over and above any other part of my body. Now, I’m too busy to worry about those parts of my anatomy I can’t see (which is why I’ll never regret my tattoo) and so my focus is on the top half – the frontage rather than the erm, backage.

I used to be more fleshy than I am now and being a student then the answer was to swamp myself in baggy clothes that started near my chin and ended at the knees. I didn’t mind my calves and so perhaps that’s why I developed a love affair with footwear; by way of drawing attention to the bottom third of my body. Anyway, feeling confident one day in my early twenties (having just arrived back from a filming job in the Caribbean where I met the man who would some 14 years later become the father of my child, but that’s a whole other story) I bought myself a new outfit in H&M. I’d dieted madly before the shoot and so I was maybe half a stone lighter and instead of my usual cover-up attire, I bought tight black pinstripe trousers and a scoop neck top in light jersey. This became known as my ‘Pulling Top’ and not for the reasons you might think – I was actually in a long term relationship. This £14.99 piece that you wouldn’t look twice at on the hanger, got me serious attention. I held onto it for many years and I slowly realised, as I tried to emulate its effect with other similar styles, that it was by far the best neckline for my curvy shape. It flattered me and that made me feel good which in turn made me walk taller. Although I didn’t have huge amounts of confidence, wearing this top I could fake it. It probably wasn’t coincidence that I won more roles around this time too.

So it made me feel very sad when I saw Kim Kardashian wearing a wedding dress which was possibly the worst possible style for her well documented figure. Admittedly Kim has had wedding dresses before so perhaps her remit was to go for the complete opposite of what she’d chosen before. However, the previous dress worked beautifully (I’ve looked it up and it was strapless) whereas this one did not. She obviously wanted to detract from her bosom but in the process she only drew more attention to it.

The rule is: Boobs need air! Or as my styling mentors put it “let them breathe!”

That’s not to say, have them out on show – I’m so not a fan of that – but if you have a decent rack on you then don’t stuff it into a polo neck or a crew neck. Always go for a scoop or V-neck and you’ll avoid the balloon smuggling silhouette which Kim seems to favour.

Don’t worry, there’s a rule for the small chested too…

While it’s true that a straight up and down body tends to be a better clothes horse, a bony chest is often not a very attractive look. Flatter chests can wear all kinds of interesting (and fussy if you fancy) necklines that booby types really can’t; boat necks, halter necks, one shoulder, ruffles, bows, these are all the flat chested girls’ friends. Not so the corset top or the sweetheart neckline.

Of course necklines are dependent on fashions and some seasons it can be trickier than others to find what you need. For the last two years dresses have been quite classic in style meaning a more open shape is harder to come by. For the forthcoming season the sixties look is in again so polo necks and shift dresses are in abundance. But persevere because other styles are out there – try H&M, Oasis, Hobbs and Karen Millen for cuts that flatter curves. Other Stories, Cos, Whistles and Zara are better for the straighter figure.

Go on, stick your neckline out. And don’t forget, whether you’re working at a desk, eating at a dinner table or driving your car, pretty much the only thing people will see is your chest – work it! 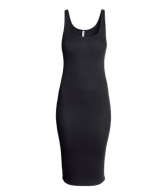 I help people refine their wardrobe to suit their shape, colouring and lifestyle. I am a style consultant, personal shopper and colour analyst working in London. Be the loveliest possible you. My first book SHOPPED was released on 5th July 2016 (September Publishing). www.emilystott.net
View all posts by aftercarrie →
This entry was posted in Uncategorized and tagged busty, clothes, dresses, fashion, flat chested, high street, kim kardashian, necklines, shopping, style, wardrobes, wedding. Bookmark the permalink.