“Right here’s where you start paying… In Sweatshirts”*

Last week I talked about leggings and cropped tops and the things to avoid in order to present the best version of yourself. This week, thanks to school friend Sophie and her ’80s themed birthday party, I’m having to think about those things again. Last week, Sophie very kindly came up with an argument for me investing in a cropped top this season – she was the only one – so I feel it’s only fair to make an effort when for one night only she insists we leave our most stylish selves at home in order to celebrate her birthday as if it was 1986. 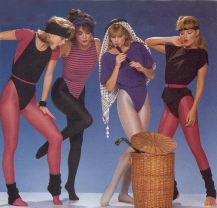 I approached the subject with caution when letting the boyfriend know we were expected to show up in costume. He anticipated what I was going to say by my distressed expression and said, “I’m not coming if it’s themed”. This didn’t help my dilemma which was that frankly I don’t get out enough these days to spend one of my precious Saturday evenings looking daft. I thought of a handful of ’80s ladies from whom I could take inspiration – a young Debbie Harry, a young Madonna, a young Lady Di (oh god was I young enough?) when the boyfriend suddenly produced a shiny looking tracksuit top which he slipped on informing me, “It’s Dior, Dior sportswear!” I have no idea where this appeared from but all of a sudden the costumes were taken to a different level. I stopped considering pie-crust collars and started thinking Legs & Co.**

Although the modern miracle that is Lycra was invented way back in 1959, it wasn’t until the 1980s, the decade of the leotard and Calvin Klein branded underwear, that the stretchy stuff really came into its own. Gyms and health clubs were taking off in a big way, Jane Fonda was producing fitness videos and disco fever was going mainstream. Suddenly, sportswear and more specifically, slouchy colourful looking layers of Lycra had migrated from the aerobics class to the street with head bands, leg warmers, trainers and footless tights (reborn as leggings) becoming de rigeur. Films such as Staying Alive and Flashdance and the series Kids from Fame sealed the deal. Anybody who was anybody had a wide necked t-shirt revealing one shoulder and a hint of leotard strap accessorised with bangles and a pair of LA Gear pump-up trainers. And then Donna Karan spotted the obvious problem with wearing a leotard under all those layers and invented ‘The Body’. Girls rushed out to buy one in every colour and debated whether you should wear knickers underneath them or not while teenage boys (and presumably their more grown up counterparts) struggled with this new piece of female attire on every level. I suspect the modern man in 2014 would find it just as problematic. And they thought bra fastenings were fiddly… 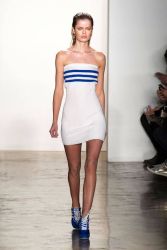 They say that fashion trends return every twenty years and so we certainly shouldn’t be surprised that the ’80s look is back. In fact its influence has been worryingly strong for several seasons now. Last year it was the bright and fluorescent colours that so few of us look good in, this year it’s the Sports Luxe vibe. This look is thankfully easier to do, is all about layering which lends itself beautifully to our erratic weather here in the UK and (whisper it) it’s comfortable too. What’s not to like? I’ve picked out the most wearable pieces available in the shops at the moment: 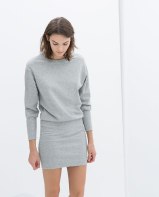 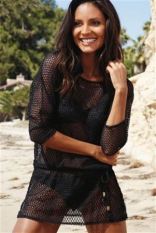 I’m starting to actually look forward to getting dressed up on Saturday evening now. And I’m thinking that I won’t have to do anything with my hair as it naturally looks frizzy and awful if I leave it to its own devices. Also, when we crash out fully clothed after too many Pina Coladas, we’ll wake up in the perfect lounging around Sunday clobber. Yes, I think leisurewear might just be where it’s at.

*Taken from Kids From Fame opening sequence quote: “You want fame? Well fame costs, and right here’s where you start paying… in sweat!”

**For overseas readers, Legs & Co. were a female dance troupe on chart show Top of the Pops in the 1980s.

I help people refine their wardrobe to suit their shape, colouring and lifestyle. I am a style consultant, personal shopper and colour analyst working in London. Be the loveliest possible you. My first book SHOPPED was released on 5th July 2016 (September Publishing). www.emilystott.net
View all posts by aftercarrie →
This entry was posted in Uncategorized and tagged clothes, costume, dance, dressing, eighties, fashion, leggings, leotards, lycra, shopping, sportswear, style, sweatshirts. Bookmark the permalink.